Ente to win a FREE Pair of Squeaky Shoes at

***We also have a discount code to those you follow there blog!!
Go check it out and enter to win 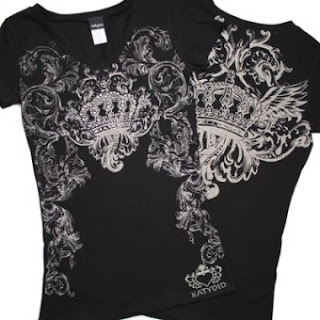 It is time to get ready for FALL!! I can't believe I am saying this it seems like summer just started.
I just added so many fun new items to http://www.sophieschicboutique.com/
Like our new Boutique Shirts for MOM!! Yes, for mom and they are way Funky!!
We also have them for girls in sizes 4-10 love them. We added our new line of Andeelew shirts for little girls. I love these shirts, they go perfectly under our boutique dresses, with a pair of jeans, or layer them for a fun funky look.
I added all of our new car seat canopies, boys ties, new boutique dresses, new headbands that match perfect with our dresses, and some new Posh Headbands. If you haven't seen our posh headbands go check them out they are perfect for photoshoot's!!
I have more new handbags to add tomorrow so check back. 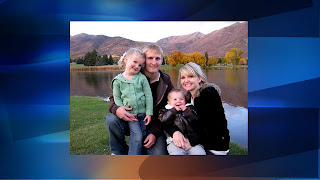 All proceeds will be donated to the Mingo Family

My heart breaks for my friend Shelly and her 3 Kids. Shelly's Husaband Jordan died Friday, August 7 in a plane crash killing him, his brother and father.

Show your support and tell all of your friends about this fundraiser so we can raise money for Shelly and her 3 young chidren.
Rod Works has donated over $1000 in product to be sold and raffled off. We have multiple families and business's that have donated $1000's of dollars of product for this fundraiser.

Jordan Mingo leaves behind his wife, Shelly, and three young children -- the youngest a 3-month-old baby.
Ron Mingo had six children and more than a dozen grandchildren.
The family released a statement, remembering each man who died.

Deadly plane crash kills two Utah men
SALT LAKE CITY -- Family and friends are mourning the loss of three men killed in a plane crash in Idaho. On the plane were a father and his two sons. The men left for a weekend fishing trip but never returned home.
Jed Mingo, 33, from Salt Lake City, was piloting the plane when it went down just over the Oregon border in Homedale, Idaho. He, his brother Jordan, 26, from Lehi, and their father, Ron, 54, from Hazelton, Idaho, left Friday on a fishing trip to Washington State. Family members reported them missing when they didn't return as expected on Sunday.
Jed Mingo's girlfriend, Kirsten Montague, believes the plane may have crashed when he tried to turn it around to avoid bad weather.
Late Monday, crews with the Civil Air Patrol discovered the wreckage of Mingo's four-seater, single-engine Navion in a very remote area, accessible only by ATV. Montague says the bodies were found around 12 hours after the search began, but because of the remote area could not be recovered until Tuesday.
Montague describes Jed Mingo as a laid-back guy who had no enemies.
"He always joked, if he could die in his plane, that would be the way to go," she remembered.
Montague says Mingo started flying about 10 years ago and bought the plane from his grandfather four years ago.
She said flying was his passion. "The happiest he's ever been is when he's in his plane. I showed him a picture of him in his plane, and he's laughing, and he said, that is the picture of true happiness right there."
She added that flying wasn't his only passion. She said, "He's an incredible, highly accomplished snowboarder and wakeboarder, loved the outdoors.
"He put himself through school at BYU, finished in business management. He had started an owner-operator trucking business when he was 24, and he's been doing it ever since," she said.
The statement says, in part, "Ron Mingo was a loving husband, father, and grandfather. He was totally committed to his family and worked hard to provide for them. He was a dedicated worker who cherished time with his grandchildren.
"Jed Mingo loved life and lived it to the fullest and was always a favorite uncle. He would do anything at a moment's notice to support his parents, brother, and sisters.
"Jordan Mingo was an amazing young father, caring and compassionate who loved his family more than anything

** 100% of ALL SALES ON SATURDAY AUGUST 15, AT http://www.sophieschicboutique.com/ will be donated to Shelly and her family. Get your kids a dress and squeaky shoes and show your support to this wonderful family**

Visit one of my favorite giveaway sites:
Fabulous Fun Finds
http://fabulousfunfinds.blogspot.com/
For your chance to WIN a FREE Pair of Squeaky Shoes!!
Fabulous Fun Finds has great giveaways everyday and always chooses product that everyone wants to win!
Hurry and go enter!

Promote Your Page Too